TOKYO — Once again, American swimmer Katie Ledecky has triumphed. A little over an hour after placing sixth in the 200-meter freestyle, the most versatile swimmer at these Olympics won gold in the first-ever women’s 1,500-meter freestyle.

Ledecky clocked in the 1,500 metres in 15 minutes, 37.34 seconds, and was followed by countrymate Erica Sullivan, who was 4.07 seconds behind. Sarah Kohler of Germany came in third and won bronze. 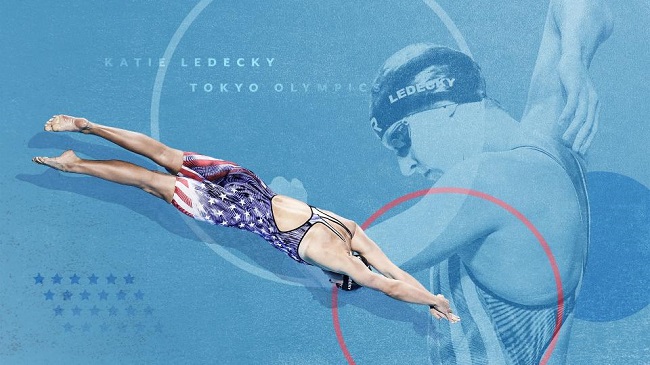 Ledecky remarked after her 1,500 race, “I believe people maybe feel bad for me because I’m not winning everything, but I want people to be more concerned about other things going on in the world where people are actually suffering.” ”

Ledecky’s excitement at Sullivan’s (20) podium finish was palpable. As an Olympic rookie, Sullivan has held Ledecky up as a role model.

That girl is a total badass. “She’s such a chill person,” Sullivan gushed. There will never be another like her. It’s fantastic that I get to swim in the same generation as her.

In her Olympic debut at the age of 15, Ledecky won the women’s 800 in London. This is the sixth gold medal of her career.

On Wednesday, women were finally allowed to compete in the 1,500-meter freestyle event at the Olympics. The odds of Ledecky not winning the gold medal were extremely low.

Earlier in the day, Ledecky competed in the 200-meter freestyle and swam a time of 1 minute, 55.21 seconds, coming in second place, 1.71 seconds behind the winner, Australian Ariarne Titmus, who set a new Olympic mark with her time of 1 minute, 53.50 seconds.

Even though Titmus swam the race of her life, Ledecky still managed to win silver in the 400 freestyle on Monday, becoming her the most decorated female swimmer in history.