Selena Gomez and Chris Evans: What Gives? In other words, are they dating or not? Is it time to start brainstorming cute name ideas for couples, or should we just relax?

Those are valid concerns that have been discussed widely online for weeks. Mounting evidence appears to link the star of Only Murders in the Building to the actor who played Captain America, but the two have yet to comment on the claims. 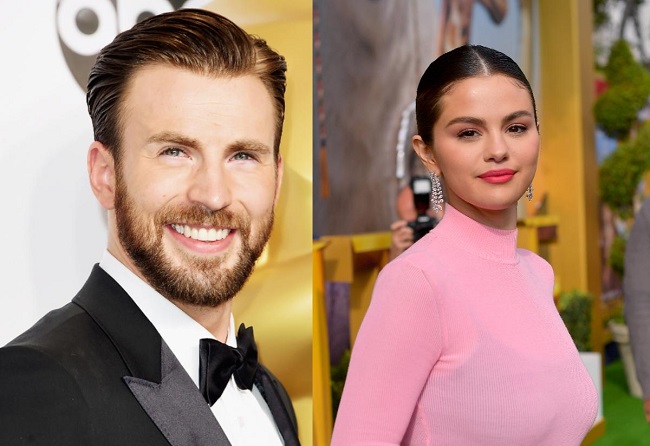 Recent reports about Sel and Chris have been debunked, but some fans are still holding out hope that they could become Hollywood’s next it pair. You are not alone in your curiosity in Selena Gomez and Chris Evans’ relationship.

Everything we know about Selena and Chris’s supposed romance so far is laid out here.

Is Chris Evans’ Sweatshirt Rumoured to have been Borrowed by Selena Gomez?

The relationship rumours about Selena Gomez and Chris Evans are back and hotter than ever.  When Sel showed her support for her close friend Taylor Swift on Saturday Night Live, she sparked more speculation about their rumoured romance by donning a white cable-knit pullover sweater.

Taylor posted a video of her best friend to TikTok, prompting an inquiry by social media detectives.

Chelena supporters pointed out on social media that the sweater Chris Evans wore in the 2019 film Knives out was strikingly similar to the one Sel wore to SNL.

Like they often do, Selena and Chris haven’t addressed the latest allegations or verified them.

The reflection in Chris Evans’ Instagram Stories video made us wonder if it was Selena Gomez.

The speculations that Selena and Chris are dating keep on heating up. The Captain America actor has recently fueled fan conjecture by sharing a clip of himself playing the piano on Instagram Stories. A devoted viewer panned in on the clip and re-posted it on TikTok with the caption “Is that Selena?! Whose [sic] the brunette recording bottom right corner Chris?”

There’s no confirmation from Selena or Chris, but the fan could be onto something if they think she appears in the video. It’s congruent with the OMITB star’s recent debut on TikTok with a brunette bob cut.

Putting aside the speculation about his personal life, Chris Evans’s piano skills are a complete surprise. He was a complete and utter disaster for Prince’s “Purple Rain.”

Photos of Selena and Chris purportedly leaving a music studio and a restaurant were posted to a fan blog on October 1.

Elle did some investigating and found out that the photos were taken quite some time ago. Journalism that digs deep to uncover the truth triumphs. Photos from October 2019 and November 2017 show Sel with Chris, but photos from summer 2020 and October 2013 show Chris with a different woman.

Fans and media outlets took notice of the Marvel actor following Sel on Instagram in early October. Sel is now one of only 162 people he follows. It appears that the seemingly innocuous add on IG was the spark that set off speculation about a romantic interest.

In 2016, Selena surpassed Kim Kardashian to amass 69.7 million followers on Instagram, making her the platform’s most followed user. In the intervening five years, she has amassed 267 million (and climbing) Instagram followers, so it’s likely that she never even saw Chris’ follow.

What do Selena Gomez and Chris Evans have to Say About the Dating Rumours?

Nope. Chris and Selena have been silent on the reports.

A 2015 interview, however, provides one of the most compelling pieces of evidence connecting Selena and Chris.

Who is Selena Gomez dating if not Chris Evans?

Sel has been mum on social media about her dating status since her 2018 split from Justin Bieber. In addition to dating speculation surrounding Chris Evans, fans have recently speculated that she is romantically involved with her co-star on Only Murders in the Building, Aaron Dominguez.

Photos from the set of their Hulu series spread online, sparking speculation that the two were an item. After her OMITB co-star received “threats” to avoid her on social media, Sel quickly shut down rumours of a romance between the two of them. She discussed her dating anxieties and the public’s reaction to rumours of her dating.