Heidi Klum was attempting to photobomb Sofa Vergara and Howie Mandel’s selfie as they were serving as judges on America’s Got Talent. Awkwardly, she had to lean forward out of her curvy chair so that her face could fit inside the tiny rectangular gadget.

While leaning over the judge’s table, Klum sat awkwardly, exposing her rear end to the spectators. Good to know: don’t ever stoop down on live TV while wearing a miniskirt. 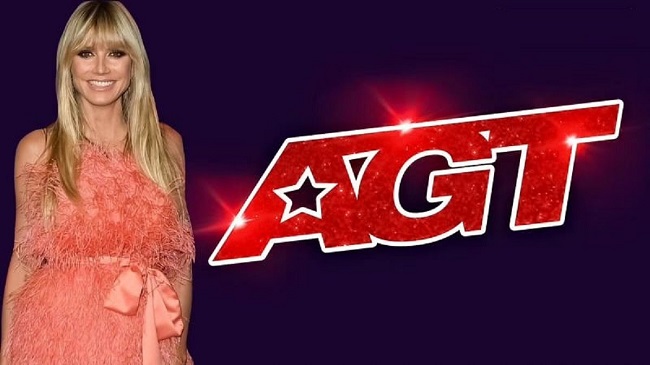 The harmless occurrence has amassed over 1.4 million views thus yet. The video was first posted on Klum’s personal Instagram account, where she poked fun at herself by writing, “Note to self….. don’t bend over in a short skirt.”

Two weeks had passed before Klum realised the film was making the rounds.

This Time, it’s For All the Wrong Reasons: Heidi Klum’s TikTok Video

The video’s TikTok creator was just overjoyed to have met Heidi in person, gushing, “I love all the judges, and Heidi Klum is my favourite.”

It’s captioned, “when Heidi had so much fun at AGT,” with a warning to “watch at the end.” Numerous commenters expressed their amusement at the story.

Viewers chimed in with their own compliments for Heidi. One commenter said, “She’s still got it.” Others made snide remarks about the unforeseen event, trying to put themselves in the shoes of the spectators.

Someone else in the crowd chimed in, “Everyone in the front row.” ‘First row,’ someone else chimed in.

Heidi’s easygoing demeanour allowed her to shrug off the fashion faux pas. Fans probably won’t see her in a minidress trimmed with orange and pink feathers any time soon.