The 25-year-old French magician from Bordeaux was introduced to the AGT audience in late June and soon created a lasting impression on Heidi and fellow judges Simon Cowell, Howie Mandel and Sofía Vergara. Léa, while parading around the stage in her hand-made costumes, magically changed into new ones in the span of a few seconds. 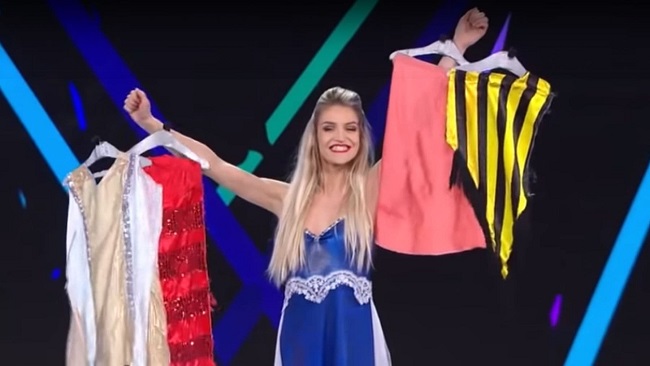 Overall, the act was an incredible hit. Howie told Léa after her performance, “We’ve seen quick shift performers on this show, but I’ve never seen one better than you.” The presentation is stunning, and it’s like magic how the suit appeared to float down from the closet to you.

Heidi ultimately offered Léa the biggest gift of all: an automatic entry into the live shows later this summer. “I enjoyed it too, you were doing true magic. Wow, that was great and well executed! “A star from Making the Cut gushed about it.

Just Who is Léa Kyle, the Star of America’s Got Talent?

With Léa’s guaranteed spot in the live shows, it’s time for the NBC talent show to give viewers a deeper look into her past before she performs again.

Léa has stated on her website and in interviews that she began her career as a beautician because it allowed her to “earn a living” rather than because it was her “dream job.” Thankfully, she found her ability of magic approximately eight years ago owing to her partner, Florian Sainvet. If you’re a regular at AGT, you’ll surely recognise the name. Some of you may recall that Florian was on Season 15 of AGT only last summer. Unlike Léa, though, he was removed in the judge cuts round.

What’s more, Léa’s website reveals that before trying out for AGT this year, she had already garnered recognition and honours for her ability and hard work. She entered the Villebarou International Festival Magic Contest for the first time in 2018 and won first place. After a year, she was invited to participate in the French Magic Championships, where she ultimately took first place.