The Promised Neverland is a dystopian fantasy horror anime based on a Japanese manga series by Kaiu Shirai and Posuka Demizu. A long and disastrous conflict between humans and demons is now over thanks to an agreement to keep their realms separate, as shown in this work. 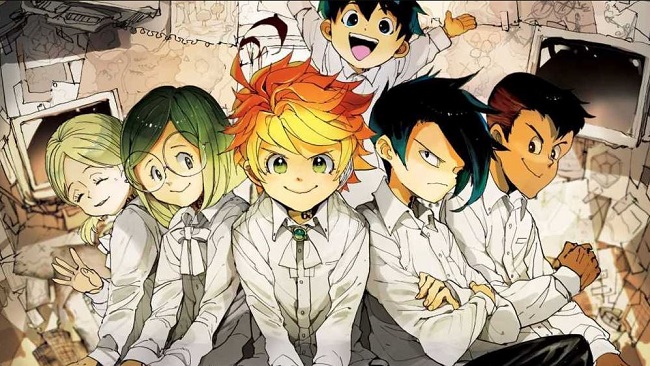 How Many Seasons of the Promised Neverland are There

In order to ensure the demons always had a source of food, some humans were purposefully left behind. About a thousand years after the treaty’s signing, in 2045, the anime begins.

To satisfy their insatiable need for human flesh, the demons, with the cooperation of certain human families, have set up farms and are harvesting children for their dinner.

Grace Field, Norman, Ray, and Emma live on one such farm, where they eventually learn the truth and flee with their siblings. Premiered on January 10, 2019, and running through March 29, 2019, the first season was a smashing success.

The programme was revived for a second season after receiving high marks from critics. However, it received primarily unfavourable feedback once it began airing. Those curious about whether or not Season 3 of “The Promised Neverland” will be made can rest assured that the following is true.

Return of The Promised Neverland Season 3

Season 2 of “The Promised Neverland” debuted on January 8, 2021, and ran for 11 episodes (plus a special) before it was cancelled on March 26, 2021. Mamoru Kanbe directed the series for CloverWorks Studios, and Kaiu Shirai wrote the bulk of it.

The show has already covered all the chapters of the manga series, and the last moments of the season 2 finale featured content from the final chapter of the book, therefore a third season is quite unlikely.

Season 2 only has 11 episodes, yet the creators still managed to condense 144 chapters (15 volumes) by cutting out less important stories like the Goldy Pond Battle.

This season, as was to be expected, is clumsy and confusing, especially for those who haven’t read the manga. Apparently, manga fans haven’t fared much better, despite the fact that the medium has introduced new features to plug the glaring story holes.

Given Shirai’s involvement in the production, the season 2’s catastrophic creative judgments make even less sense.

The second season finale is a slideshow that recaps multiple plotlines. The supporters, who had every right to be disappointed, rushed to social media to express their outrage.

Season 1 of ‘The Promised Neverland’ is widely regarded as among the best of recent anime. Extremely rarely has there been such a drastic drop in quality between seasons in an anime. The shows ‘Sword Art Online’ and ‘Tokyo Ghoul’ can be used as a starting point for comparison.

Since this is the case, it would be best to give ‘The Promised Neverland’ a proper reboot, like what was done with ‘Sailor Moon,’ ‘Fullmetal Alchemist,’ ‘Fruits Baskets,’ and even CloverWorks’ own ‘Horimiya.’ There’s also the possibility of making anime movies based on the source material.

Several creator-owned manga series have released standalone volumes. Any of those can be used as jumping-off points for brand-new ideas. It’s possible that Shirai and Demizu will return to the world to write a sequel series, which could then inspire a continuation of the anime.