And Just Like That, the Sex and the City spinoff that reassembles three of the original foursome for more dating turmoil, will finally be released this month.

On Thursday, December 9, the highly guarded first two episodes of the SATC relaunch will be made available for streaming to the world’s Carrys, Mirandas, and Charlottes (and maybe even some Samanthas). 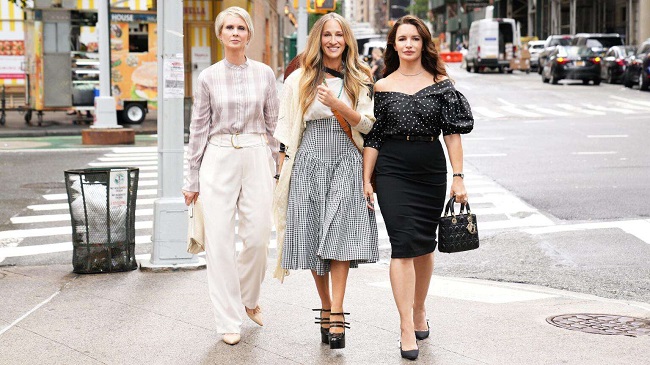 And though there is no free trial for the service that And Just Like That airs on in the United States, there is a method to see the new episodes of the show for free by using a streaming loophole.

Is there a Place to View And Just Like That Without Paying Anything?

Those who aren’t in the United States can watch the remake without paying a dime. Now TV and Crave both provide a free weeklong trial, while Binge in Australia gives you twice as much time.

HBO Max, on the other hand, is not one of those services that will give you a free trial without any strings attached. HBO Max no longer provides a free trial because it now provides Warner Bros. films on the same day they are released in theatres.

The good news is that you can obtain a free week of HBO Max. Hulu is the means to that end. Subscribers to Hulu who also sign up for HBO Max will receive a free seven-day trial of the premium service. If you already have a Hulu subscription, you may easily add this feature. Even if you haven’t cancelled your Hulu trial yet, you can still enjoy a free week of HBO Max.

After the trial period, a monthly subscription to HBO Max costs $14.99 for the entire package (including the newest Warner Bros. films) or $9.99 for the core collection with commercial interruptions.

When does the New Sex and the City Season Premiere on TV?

The first two episodes of And Just Like That are currently available on cable in the United States. On Sunday, December 19 at 8:30 p.m. ET, HBO will screen episodes 1 and 2.