“Suicide Squad” actor Joel Kinnaman is under investigation in Sweden for the alleged rape of a model, however the actor claims the accusation comes from an obsessed woman seeking revenge over a restraining order.

Swedish prosecutors announced Wednesday they had opened a criminal investigation after police received a complaint accusing an actor of rape. 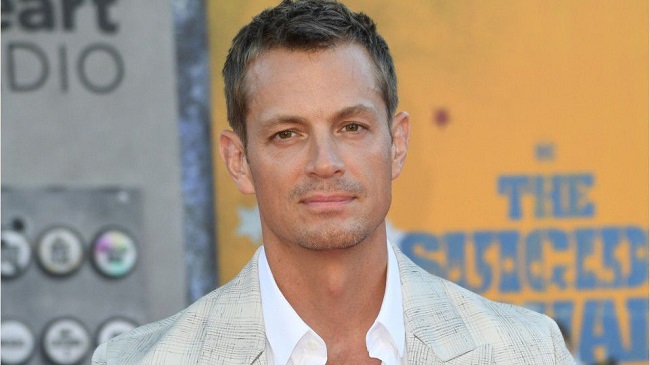 Bella Davis, 28, claims Kinnaman, 41, raped her twice in a hotel room in New York back in 2018. she is ‘thankful’ that Swedish authorities are taking her complaint seriously.

Kinnaman denies the allegations, claiming the pair had a consensual fling and that he is the victim of an attempt by Davis to extort him for money and Hollywood connections.

Kinnaman vehemently denies the claims and said the rape allegation only came after he filed a police report against the model.

Kinnaman’s lawyer, Patricia L Glaser, in a statement said: “On Friday, Mr Kinnaman’s lawyers filed a police complaint in Sweden against Ms Davis for extortion and filed and received a restraining order against her in Los Angeles.

“It appears that after learning of the restraining order, she filed her complaint. The court papers that Mr Kinnaman filed stated, among other things, that Ms Davis threatened to publicise false information about Mr Kinnaman – including that he had sex with her against her will – unless he capitulated to her monetary and other demands, which included Hollywood introductions, a work visa sponsorship, a blue verification checkmark on Instagram, and more.

“Mr Kinnaman will be Cooperating With Police to Clear his Name.”

The launch of the police investigation comes just days after Kinnaman was granted a restraining order against Davis in a Los Angeles court.

Virpi Alajarva, chamber prosecutor at the Public Prosecutor’s Office in Skövde, released a statement Wednesday saying the rape investigation was in the ‘early stages’.

“Further investigation is needed before it is possible to have an idea of ​​what may have happened,’ the prosecutor said. “At the moment, the criminal classification is rape.”

The prosecutor did not name Kinnaman but Swedish outlets Aftonbladet and Expressen identified him as the suspect.

On Friday, Kinnaman posted a lengthy statement on social media detailing his claims against Magnusson. He revealed he had a ‘brief romantic relationship’ with Magnusson in 2018 when he was single. He said they had ‘consensual sex’ in November that year and again in December.

However the second time, they did not spend the night together and claims Magnusson was ‘bothered’ that he didn’t ask her to stay.

He continued: “In 2019 and 2020, Bella resumed contact with me, asking to meet up… but I was in a relationship at this point, so I did not respond.

“Given her increasingly obsessive communications, I felt it was best to cut off all communication with her. But Bella continued to try to communicate with me – texting and calling from other people’s phones – and these communications became more and more antagonistic.”

Kinnaman alleged that Magnusson “threatened” to publicise false information about him. In an attempt to resolve the situation, he and Magnusson had a phone call on July 25 that he said she was aware was being recorded.A