Kourtney Kardashian and Travis Barker are now officially husband and wife for the third time.
The reality show star and the Blink-182 drummer sealed the knot in the most extravagant ceremony to date on the coast of Portofino, Italy, on Sunday, May 22.

Both the bride and groom wore Dolce & Gabbana ensembles in keeping with the rest of the pre-wedding weekend’s events. Kourtney said “I do” in a white lace minidress with a corset bodice, while Travis donned a classic double-breasted tuxedo and bow tie. 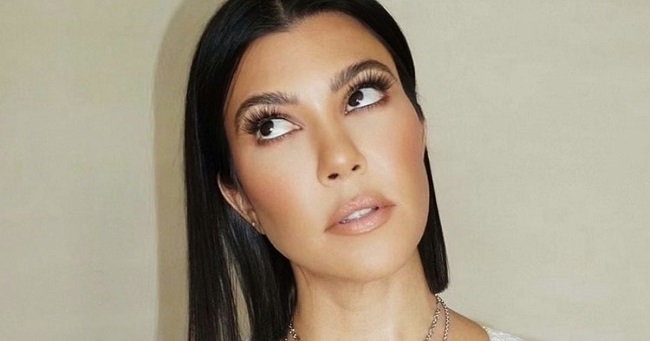 The white opera gloves and elaborate lace veil she wore for her wedding were the last touches on her ensemble, and they required the assistance of two men to carry down the aisle.

People claimed that the wedding took place at the L’Ulivetta grounds of Dolce & Gabbana, despite earlier reports that it would take place at Castello Brown, a mediaeval castle in the seaside resort of Portofino. The event was moved to a nearby castle.

People has gotten a photo of Kourtney and her mom, Kris Jenner, making their way down the aisle. Travis’s 16-year-old daughter Alabama Luella Barker and his 23-year-old stepdaughter Atiana De La Hoya both posted additional photographs and video from the event. Together with his ex-wife Shanna Moakler, Travis has a son named Landon, who is now 18 years old.

Kourtney and her ex-partner Scott Disick have three children together: Mason, 12, Penelope, 9, and Reign, 7. Scott was spotted in Los Angeles while the rest of the gang was out at the Italian wedding.

Alabama initially showed off Kourtney’s smoky eye and nude matte lip in an Instagram Story. Kourtney and Travis are shown kneeling during the second, which is presumably taken at the wedding ceremony.

As always, we appreciate you taking the time to read our Top Piece. Kourtney wore a corset minidress that was the shortest of everyone at the Met Gala. Keep Reading, and I hope Today Treats You Well.