The Los Angeles County Sheriff’s Department says they have apprehended the 300-plus pound guy seen on video beating a woman at a Gardena neighbourhood petrol station.

According to the Los Angeles County Sheriff’s Department, the event happened about 7:10 p.m. on May 30 at a petrol station in the 500 block of Rosecrans Avenue. 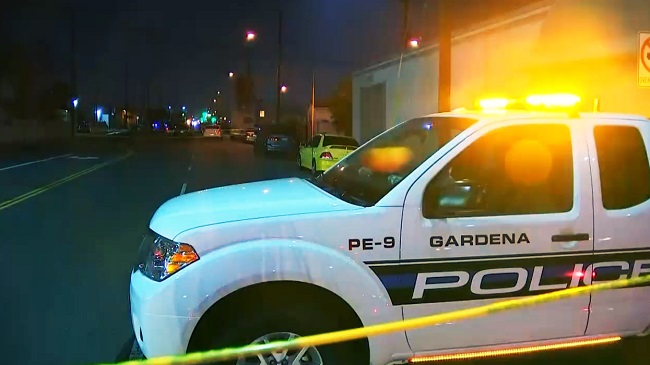 Authorities stated in a press release that the suspect “calmly exited his vehicle, walked towards the victim, and without warning or provocation, hit the victim, causing her to fall to the ground.”

While the victim was lying on the ground, the man is seen repeatedly punching her in the face and head in a video that was released on Friday. However, the victim’s car obscures the repeated blows.

The suspect then allegedly grabbed the victim by the hair and repeatedly banged her head against the car and the pavement, according to the authorities.

The footage shows what appears to be multiple witnesses to the attack as well as one individual who physically touches the man on the arm.

The witness retraces his steps back to the car with the alleged attacker, but police say the suspect has already fled the scene.

The woman said police she was not robbed and did not recognise her assailant.

The Authorities Think it was an Unprovoked, Random Act.

After receiving life-threatening wounds to her head and face, the woman was rushed to the hospital. Reports indicate that she is now free.

The suspect is a Black man, 30–35 years old, 6–6 feet tall, 300–350 pounds. As for his attire, he was last spotted shirtless and wearing dark shorts. He was at the wheel of an older model Ford Expedition that was painted a matte black and had black wheels.

Detective K. Mclnnis can be contacted at 323-568-4800 if anyone has any information about the assault or who the suspect may be.