Timers and particular shots are also available while taking the shots. If you want to take chances of what is shown on the screen, you can follow my guide. If you want to know how to screenshot on mac and print screen on mac, you have come to the right place. Taking screenshots on mac is very different when compared to windows.

How to Take A Screenshot on Your Mac

Taking a screenshot of the whole screen on mac is super easy. Just follow the steps below-:

Step 1. First, hold down your command key. This key is also known as the Apple key. Keep holding it and press the shift key as well as the number 3 key.

Step 2. It will prompt your MacBook to take a screenshot. You should hear a sound denoting that a screenshot has been taken.

Step 3. The screenshot will be saved in a designated folder or on your desktop as a .png file.

2 – Screenshot Only a Part of the Screen

Step 1. First, hold down the command key. Do it as you did, same as above. Next, it is time to press the shift key. After you have done this, immediately press the number 4 key.

Step 2. It will immediately prompt your system to activate a crosshair on your screen. Drag this across the screen as you see fit and get your area under the crosshairs.

Step 3. Now, you can press your mouse button. And do not worry, you can let go of the command+shift+number 4 keys once the crosshair has appeared.

Step 4. Once you have done the above, the screenshot should appear in the designated folder or on your desktop. If you wish to cancel the screenshot, you can always press the escape key.

3 – Make Screenshots on Mac of a Particular Size

Some sites only accept a particular size of photos or wish to save it on a hard drive. Whatever the reason may be, it is always wise to pick a smaller size of the image to use around. So in case you want to take a screenshot but keep getting larger sizes than you need, do not worry. My guide on screenshot print screen mac is here to rescue you! So now that you want to take screenshots of a particular size here is what you have to do. It is easy to do.

Step 1. First, hurry on up and press and hold your apple or command key. Once you have done that, keep your shift key and press number 4.

Step 2. As we saw above, this will bring up the mighty useful crosshair selection tool.

Step 3. Once you select the tool and start dragging it around, move your eyes to the corner of the device. You will notice that absolute coordinates will appear on the screen.

Step 4. These will denote the size of the image! It is easy simple as that. Once you drag around and find a satisfying size, just take the screen as usual. It will generate a screenshot of the desired size.

Step 5. So if you wish to have a screenshot of 800×600, you can drag the crosshair till you find those coordinates.

And that is it! Now you have a screenshot, and the size is the one you want. It is a very convenient method for when you need a particular format.

4 – The Screenshot Just the Window You Are On

Imagine you want to take a screenshot of just the one window you are on and nothing else. You don’t care about the crosshairs, just quick button mash and you get your screenshot. All of this, without having to adjust the crosshair selection tool or anything. Just mash the buttons, and that is it. Just like a regular old print screen mac but limited to the window you are on.

Step 1. Now, hold your apple or command button and press shift. Once you have done that, just press 4.

Step 2. When the crosshair selection tool appears on the screen, press the spacebar. Position your cursor over the window and left click. The screenshot will then appear on your desktop or any designated folder you may have.

This simple technique can save you a lot of time as well as frustration. It can be super frustrating to line up the crosshair selection tool with the window to get a shot. This method is the quick method. Now, doing this method will cause the screenshot to have a shadow effect. You will see a black shadow underneath. It is pretty cool.

But if you are not a cool person and want to get rid of it, here is how to do that.

Step 2. Once you have done the above and the crosshairs have appeared, press the space-bar key and the ALT key.

Step 3. Follow the same method and left click on the window you wish to screenshot. This nifty trick will ensure that the screenshot that you generate will be totally shadow free.

The screenshot will then appear in your designated folder or on the desktop. This method ensures that your screenshots look clean and friendly.

5 – Screenshot Your Drop-Down Menus As Well

My MacBook is just so damn nifty. If you thought these are it, you haven’t even seen half of it! You can also get your drop-down menu shots! That is just super handy, honestly. It is one of my favorite features. So if you want to get a print screen mac of a particular drop-down menu, follow the below steps!

Step 2. It is similar as we did above. Immediately position your mouse cursor on your drop-down menu, and hit enter once highlighted.

Step 3. It will take a screenshot of the drop-down menu. Once you hear a camera stutter, you will know that the shot has been generated.

Step 4. The screenshot will appear on your desktop or in your designated folder.

And you can use this trick to take a screenshot of anything you desire. You can screenshot your dock, your desktop icons, or anything that takes your fancy. Once you have this screenshot, you can make a print screen mac if you wish.

But this can also limit your capabilities. If you miss the time, you will get the wrong screenshot. Below, I will show you how to use this technique. I will jot down the method step by step. So without further ado, let us jump right into it.

The choices above cover most screenshot instances. On the off chance that you want to accomplish something even more complicated, try the Grab application. The Grab tool is a utility included with macOS: you can discover it by squeezing Command + Space and beginning to type Grab. Or you could manually seek it in Utilities in the Applications envelope.

You can utilize Grab application to take a coordinated, and timed screen captures. Here is how to do that.

Step 4. A red dial will begin filling in close to the camera symbol to demonstrate to you how much time is left before the screen will be captured.

It will just enable you to screenshot an entire screen – however, you can later alter the snatch to center around a specific component if you want it that way. Timed screenshots thus can be used for various jobs.

How to Take a Screenshot as JPEG or TIFF

Step 3. If you need to take a screenshot of a Window, tap on that Window.

Next, you should hear a camera noise denoting that the screenshot has been taken. You can name it and save it now.

How to Print Screen Mac

I have shown you how to take screenshots in various ways, I will show you how to print screen mac. In case you need to print the screenshot you caught, utilizing one of the strategies recorded above, follow these steps.

Step 1. First, find the folder you have designated for screenshots. If you have not, they will be saved on your desktop.

If you need to be more intelligent about the manner in which you print the picture – organizing it conveniently. You can drag the images in photoshop or any other photo editing app. So that is you can print screen mac. It is an easy procedure, and once someone figures it out, anyone can do it. Your photos will be on your desktop, and you can easily edit them the way you see fit before you print them out.

1. Where Are the Screenshots Saved?

Even if you are pressing all the buttons, this issue can arise. It is not simple. Some software that block screenshots cause this. Apple’s DVD player stops you from taking screenshots. So if you are not getting your screenshots, this could be it.

Hope my guide on how to take print screen mac helped! 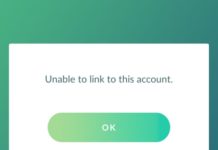 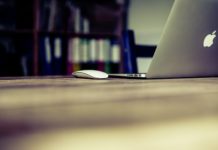