Claypool, who has traveled to multiple states this offseason, was caught on video during a dust up outside the Wild Goose Tavern in Costa Mesa. The receiver’s involvement in the fight seems small as he remains a bystander around two groups before joining in with some pushing and shoving. 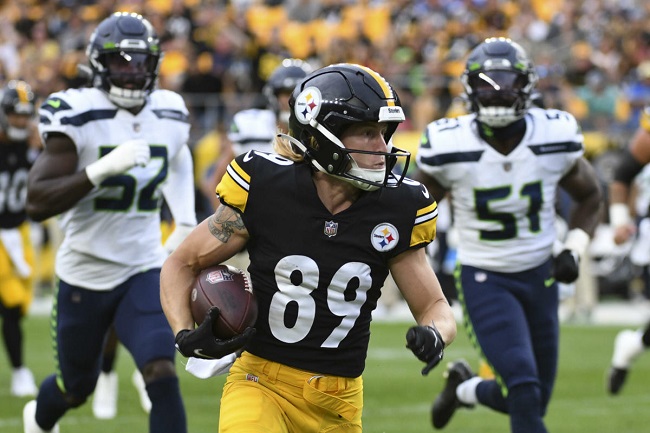 Roughly 30 Seconds into the Video, Claypool Appears to have Kicked Someone on the Ground And then Retreats as the Crowd Follows.

The one minute clip is difficult to tell who Claypool was with or how many of those involved he knew.

In a video of the altercation obtained by TMZ, Claypool can be seen participating in the brawl outside the Wild Goose Tavern in Costa Mesa, California.

he fight reportedly began after someone threw dollar bills at a woman inside the establishment. That led to a disagreement, which eventually resulted in the ensuing melee.

While Claypool reportedly did not start the altercation, he can be seen initially pushing and shoving before pretty clearly kicking someone on the ground.

Police were eventually called, but both parties had apparently already left the scene once law enforcement arrived.

None of the combatants were arrested or charged with a crime, but it is unclear if the man Claypool kicked is preparing to take legal action.

The Notre Dame product caught 62 passes for 873 yards and nine touchdowns. He also rushed for a pair of scores, tying Louis Lipps for the most touchdowns scored by a Steelers rookie with 11 total.