In the first season of the Amazon Prime series Tales from the Loop, we meet a new group of individuals and follow their individual stories as they weave together the overarching plot.

Tales From the Loop Season 2 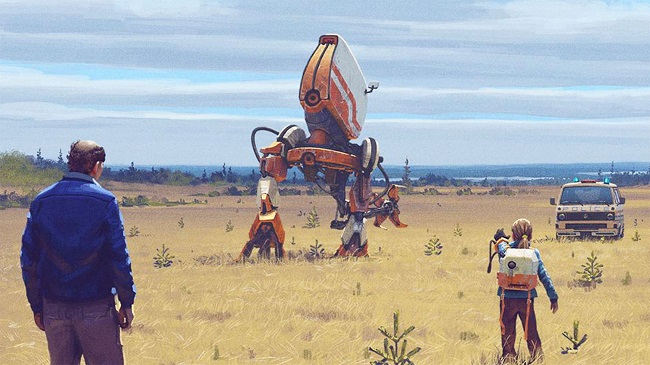 Jakob, the son of Loretta and George, plays by Daniel Zohlgadri, switches bodies with his pal Danny in an episode (Tyler Barnhard). Another of the couple’s sons, Cole (Duncan Joiner), is fascinated by his grandfather’s work.

Ato Essandoh’s character goes back in time and meets a happier version of himself in an episode about parallel universes and unrequited love. A young woman named May (Nicole Law) stops time in an effort to preserve her love for a special someone in a distinct storyline from the first season of Tales from the Loop on Amazon Prime.

Ti West, Mark Romanek, and even Jodie Foster all directed episodes of the first season of Tales from the Loop. All eight episodes together don’t provide definitive answers to big issues concerning The Loop, but they do make some insightful observations about the ebb and flow of life, and the importance of both holding on and letting go.

Stories In The Loop Renewed For A Second Season

A second season of Tales from the Loop has not been bought by Amazon just yet, and the streaming giant is likely to wait a few weeks after the show’s premiere date to see how well it does with viewers before deciding whether or not to pick it up.

A second season appears likely given the generally excellent reception the Amazon Prime series has gotten so far.

Season 2 of Tales From the Loop: Release Date and Details

If a second season of Tales from the Loop gets commissioned in the middle of 2020, new episodes probably won’t debut on Amazon Prime until the latter half of 2021 or the beginning of 2022.

Considering the budget, cast, and ambitious premise, it’s unlikely that Amazon will rush to make more episodes. Season 2 of Tales from the Loop is not expected to premiere until at least April 2022.

The second season finale of Amazon Prime’s Tales from the Loop focuses on Cole as a young man. After encountering a much older Loretta, he realises that he had been stranded in time after crossing a creek and paying a visit to his brother’s consciousness in the shape of a robot.

Cole also discovers that his teacher, who he claims hasn’t aged a bit, is actually the second robotic creation of the late Russ, who first built a robot to harass George when he was younger (who later makes peace with the robot).

An adult Cole visits his childhood home in the closing episode of Season 1 of Tales from the Loop, and the final pictures show a younger version of Cole snapping his camera to emphasise the “blink of an eye” theme.