The appearance of BBC Ghosts alum Matthew Baynton in this episode may please viewers of the British original.

Since the BBC still airs its own adaptation of Ghosts, the American version has yet to make its way to the UK. 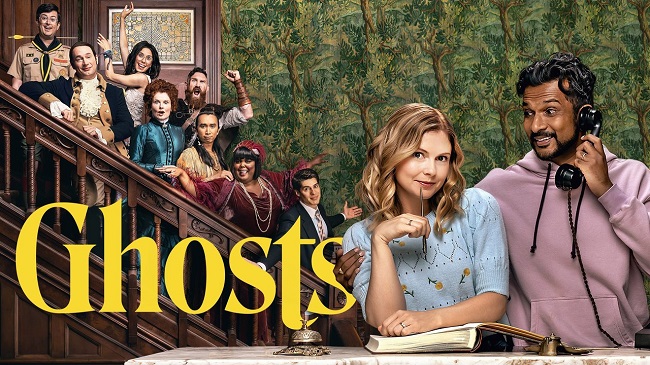 What You Need to Know to Catch Ghosts

Ghosts, which airs on CBS, can be viewed by anyone who either pays for or receives broadcasts from that network using a conventional television antenna. CBS is included in the channel lineups of several live TV streaming services, including FuboTV, Hulu with Live TV, and YouTube TV.

You can watch Ghosts online on Paramount Plus. Paramount Plus members may view any episode of Ghosts whenever they like, and those who pay for the commercial-free version of the programme can also watch the most recent episodes live.

Anyone with a cable or satellite TV subscription or an account with a live TV streaming service can watch episodes whenever they choose on CBS.com.

Who All will be Returning for Ghosts Season 2?

The new season features the return of the full regular cast. Rose McIver, Utkarsh Ambudkar, Brandon Scott Jones, Danielle Pinnock, and others are among them. The main characters, played by these actors, are as follows:

In other news, the cast recently discussed their dream guest star at Comic-Con. To give you a hint, this individual has won all four EGOTs and is now the host of a popular daytime talk show. Check out the cast they have in mind for the show (we fast-forwarded the clip to the moment in question).

Just What is the Storyline of “Ghosts”?

The plot of Ghosts centres on Samantha and Jay, a young couple with big dreams who inherit a run-down country property and plan to turn it into a B&B.

Accidentally injured while at the mansion, Samantha begins to experience the house’s small but active ghost population. They have to figure out how to work together and get along.

Two major events occurred in the season one finale of Ghosts. Before anything else, the ghost of Revolutionary War soldier Isaac confesses his undying love for a spectral British soldier.

Meanwhile, when Samantha and Jay get ready to launch their bed and breakfast, they learn that Thorfinn placed a curse on them not long after they moved in, before they became friends.

Samantha decides to disregard the curse because the only means to break it could endanger her ability to speak to the dead. But just as they’re about to host their first visitors, the mansion starts to fall apart.

Because of this, season 2 of Ghosts will have to deal with the fallout from the actual curse. What are the prospects for Samantha and Jay’s bed and breakfast? Will Samantha give up her capacity to communicate with the dead? In what other ways may the spirits’ prior issues manifest?

The official plot synopsis for the second season premiere of Ghosts has been released by CBS. In the episode titled “Spies,” Sam uses the ghosts as spies to assist him get a positive review from a couple who were too harsh in their assessment of the B&B. Isaac is also attempting to include Nigel in his circle of friends.

In addition, two consecutive episodes of Ghosts season 2 dedicated to the holidays will premiere on December 15 (as reported by Variety; link opens in new tab).

There is a Collision Between British and American Ghosts

Some wonderful news for those who watched the original UK series of Ghosts and would like to see a crossover with the American version of the show. In the new season, it seems to be happening.

Guest appearing in the fourth season of the American adaptation of Ghosts is British actor Mathew Baynton, who plays Thomas Thorne in the British version. Baynton said in an interview with Entertainment Weekly (opens in new tab) about his time in the United States:

“I was worried that the collision of the Ghosts universe from the CW and the CBS version might rip a hole in the fabric of time and space when I was offered a guest part on the CBS version of the show. Thankfully, it did not occur, and instead, I got to spend time laughing and joking with a group of extremely nice and humorous folks.”