If you are an enthusiastic part of the gaming world, there is no doubt you have played WoW is short for World of Warcraft. As the name itself suggests, this is a game situated in the Warcraft fantasy universe, where players from all over the globe can come together and complete their assigned quests. It is a massively popular game; hence, any errors it may present will be encountered by a broad audience rather than just a limited group of users. 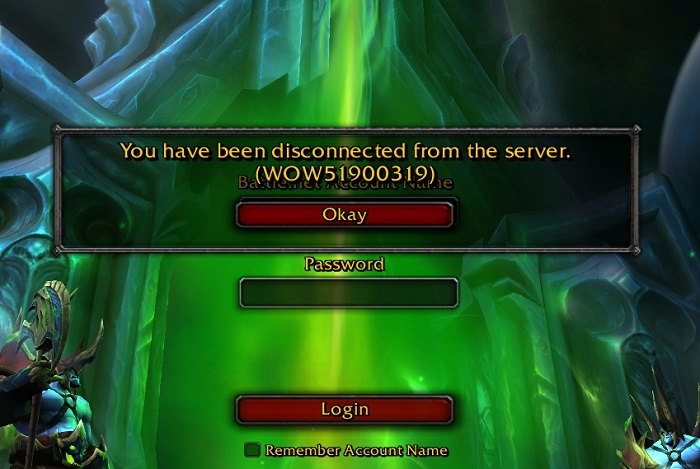 One such error reported numerous times by gamers is the WOW51900319 Error in the game. If you are one of the users who has experienced this- do not worry, you have come to the right place.

After extensive research and digging into the WOW51900319 error, it was found that the reason why you may be experiencing the WOW51900319 alert is that you have been disconnected from the server. That means, your requests are no longer being read by the WoW servers anymore, thus disrupting your gaming. If you encounter other alerts like ‘Disconnected from the World of Warcraft’ or ‘Disconnected with error BLZ51900075‘, it is likely to be for the same reason.

There could be a lot of reasons why your device is getting disconnected from the server. Following are a few possible reasons that could be why you are getting the WOW51900319 issue:

If you have been able to figure out the cause behind the error, what are some ways you can resolve it?

It is a tried and tested solution by an opinionated blogger, and has proved effective for a large number of users. He observed that the error only appeared when WoW switched to background, or when he searched the net for a walkthrough to resolve a quest. Therefore according to his findings, manually going into the Settings of your game to reduce the fps of the background could be the answer to your problem.

How do I set the Background FPS to 30fps in World of Warcraft?

The steps to go about changing the background fps to 30 are as follows:

Step 1 – To state the obvious, start by opening the game.

Step 2 – Either press Esc or click on the Menu icon in the game to open the Game Menu.

Step 4 – In the System settings, on the left-hand side, click on the button ‘Advanced‘. Here, you will find specific options on the right of your screen where you can slide to adjust the FPS of your game.

Step 5 – Under the heading ‘Max Background FPS‘, click on the check box to enable the slider. Then, use the slider to change it to 30fps.

Ideally, this should be able to resolve your problem as it has for most users. But if not, move onto the next method.

Your background FPS may not always be the one causing the WOW51900319 error to appear. As discussed before, a significant reason why you may be experiencing the error could be because the graphics for each frame of your gaming are so advanced that your connection is unable to keep up with them. If this is the case, lowering the foreground FPS could resolve this issue.

How do I change (lower) the Foreground FPS in World of Warcraft?

The steps to go about doing this are pretty much the same as the ones you follow to change the Background FPS; the only difference is the slider which you adjust.

Once you have completed everything up to Step #4  of Method #1, go to the slider titled ‘Max Foreground FPS‘ and manually lower it till whatever you think is convenient, after checking the box next to it.

Then, once again click on ‘Apply‘ and then ‘OK‘ to save your changes.

The network you are using for the game can play a significant role when it comes to the WOW51900319 error. The Network fix (popular in Reddit threads) states that a game being played over a 4G LTE connection is more likely to encounter the error, that is why it should be switched to a slightly slower speed. This fix has successfully helped a lot of users in the past too.

How do I fix the network in World of Warcraft?

Follow the given steps to change the Network for your game:

Step 1 – Once you open the game, start by pressing Esc or clicking on the Menu icon to open your Game Menu.

Step 3 – Next, click on ‘Network Options‘ and uncheck the box beside ‘Optimize Network for Speed‘.

By doing this, you are instructing the game to abide by its own network protocols than switching networks according to the game zone. It may mess up the lining of the ping of your game, but it will certainly rid you of the disconnection error for good.

Method 4 – Use an Ethernet Cable

As discussed before, another reason why you may encounter the WOW51900319 error is because of Blizzard tightening up their network latency requirements, thus leading you to disconnect from your WoW server. If this is the problem you are facing; that is where the use of an Ethernet Cable comes in.

As you already might know, an Ethernet Cable plays the role of wiring devices to their network operator. It results into a lot faster and fluent flow of the network, thus eliminating any network-related problems that you might be facing. In your case, it will keep your game from disconnecting from its server. So it is recommended you buy one for your computer too, as it comes in handy all the time.

The disconnection error could be caused due to a variety of reasons. Sometimes, just a little technicality in the configuration of your user account could be why your game is not connecting. In such a case, the safest and easiest thing you can do is log out of your Battle.net user and then log back in. It will refresh your accounts activities and data, and if you are lucky, then even rid you of the error. It can never hurt to try.

Method 6 – Use the VPN of Some Other Region

Sometimes, the occurrence of the error can be dependent on how many users are playing the game around you at the same time you are. If there are a vast number of pings on your region’s WoW server, then it will not be able to fulfill each request, hence causing the WOW51900319 error.

In this case, what you need to do is change your location. It does not mean physically. Simply changing your VPN to one of another region will fundamentally change your location on the game; thus allotting you a different server than the one you were previously using. If you are lucky, your new server will hopefully have lesser gamers, making it easier for the server to answer to each of the users’ requests.

Apart from the methods mentioned above, it is probably a good idea to look at the standard procedures offered by Blizzard Battle.net too. These are referred to as Technical Fixes. They are listed in case the error you are experiencing is a more centralized one. That means the failure is being caused for a lot of people at the same time.

The first thing you should do is check the BlizzardCS Twitter handle and Realm Status page to see if the error has been reported by any of the users. If it has, then you do not have much to worry about because there is probably some fault with the server itself. You can even visit the Support Forums for this purpose.

If you are unable to find any useful information at any of these sites, then you should proceed towards the WoW Troubleshooting Connection and Latency Issues page. It lists a lot of simple steps for methods you can try out yourself; the most basic ones are list below for your reference:

How do I reset the User Interface?

Following are the steps for resetting the User Interface on your application:

Step 1 – Exit the World of Warcraft. Make sure it is not running in the background either.

Step 2 – Then, uninstall any add-on managers that you may be using.

Step 3 – Once done, open the Blizzard Battle.net application on your system. Then, click on the tab ‘Options,’ and then ‘Show in Explorer’ followed by ‘Reveal in Finder‘.

Step 4 – Find the folder titled ‘World of Warcraft®‘ and rename the folders as follows:

Step 5 – Once done, close all tabs and finally relaunch the World of Warcraft application.

Ideally, these steps should be able to resolve the issue if it is a technical one. If not, then what you need to do is open the Virtual Store Directory and delete specific files inside it. If you do not have this directory, then you can ignore the steps mentioned. But if you do, then refer to the process below:

Step 1 – Start by commanding Windows to show all hidden folders and files.

Step 2 – Press the Windows key and ‘R‘ to open the Run Command. Once it opens, manually type in the following link into the dialogue box and press Enter:

Step 3 – On the new window that opens open the folder named ‘Program Files’ and inside it another folder called ‘World of Warcraft.’

Step 4 – Then, move all the Cache, Interface and WTF folders inside it to the Recycle Bin of your computer.

Step 5 – Exit Windows Explorer and restart your computer. Start the game to see if a change has been made.

If you are still unable to resolve the issue, then your best shot would be to contact Blizzard Battle.net. Support and leave it up to them to make your game work.

Method 8 – Uninstall and Reinstall the Game on System

The final solution you can try out on your computer is reinstall WoW as a software altogether. It should work for you under almost all circumstances. Steps for the same are as follows:

Step 1 – Before you proceed towards uninstalling the game, make sure you backup all your data on your Battle.net account. You do not want to be losing your progress.

Step 2 – Once done, uninstall the application from your computer and delete all cached files related to it. Be sure to erase all trace of the game from your computer; that is the only thing that will effectively resolve your problem.

Step 3 – Next, Restart your system.

Step 4 – Go onto the official website and download the WoW game once again. Launch the application after all its respective downloads are complete.

Step 5 – Log into your Battle.net account to view your game data. Try running the game to see if the way worked.

Yes, this method does pose certain risks for you; for instance, it can lose you everything you have worked for in the game. A lot of times backups can go wrong. So the most important step here would be to be a 200 percent sure your data is safe before you proceed with the process.

A lot of these methods have a long shot, but it would do you no harm to at least try them out. One way or another- they will spare you the frustration of the game not starting, which is what the aim is. As a player, you are fully entitled to smooth gameplay. It is the server’s responsibility to give it to you. 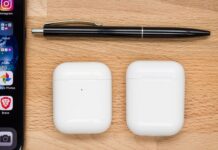 How to Turn on Airpods Without Case