In today’s time when you have a technological revolution going around, everything is changing rapidly and things which cannot keep pace with the modern time are being left behind. Subsequently, the whole level of gaming has changed that too drastically where you have multiple video game sets to enjoy the different experience of gaming. Xbox One is one such home video game consoles developed by Microsoft to give it’s consumers the best of the gaming experience at their couch only. So one needs to have a good collection of Xbox One Games.

14 Best Xbox One Games in the Xbox World Right Now!

The top best Xbox One games are listed below.

Final Fantasy 15 tops the list. It is an action role-playing game which provides you with a real-time battle system with its unique features of combat. The player fights the battle and gets incentives in the form of health points or magic points. 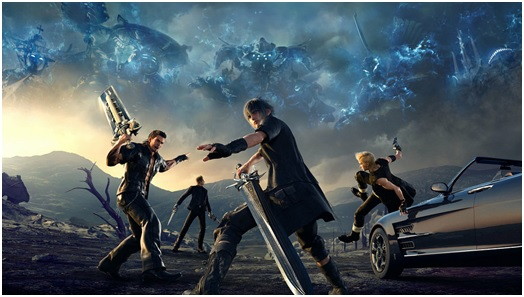 Moreover, the characters are realistically depicted which gives you a chilling experience while playing. The dark and shady type interface gets you hooked to the game, and you cannot keep off your hands from reaching the next level.

Cuphead as the name suggests is a run and gun game where animation is used with cartoons which can attract anyone towards this cute game. Also, Cuphead has infinite lives which you can revive quickly. The player can purchase weapons and charms using the coins collected during the run and gun levels. 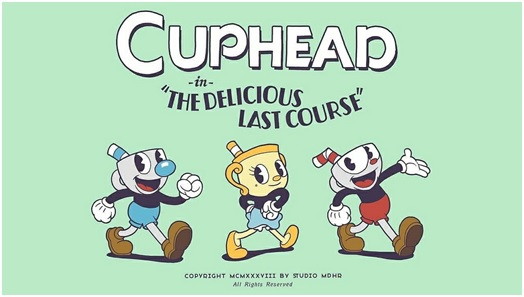 You are being challenged with every higher level and ranked accordingly. So better be careful when taking debts next time as the devil won’t scare anyone.

Halo 5 is here and has instantly become one of the best Xbox One games of all time – especially if you like shooters. This game is the successor with Spartan and Chief being in a deadlock position. So showcase your skills of combat, attack, and defense to win through this game along with pistol-whipping and grenades at your use. 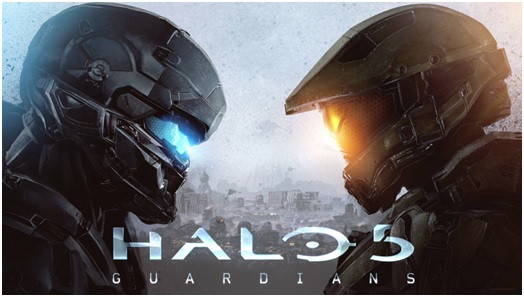 In this shooter video game, you can ace the art of shooting virtually and learn team coordination when one of your friends gets injured in the game.

#4 Ori And The Blind Forest

At a younger age we all believed in guardian spirits and angels protecting us from all the evils around. This very game fulfills that wish. It is a 2D platform adventure game where you climb, jump, and navigate through the forest to solve the puzzles and tasks to increase the strength of Ori and move on to the next level. 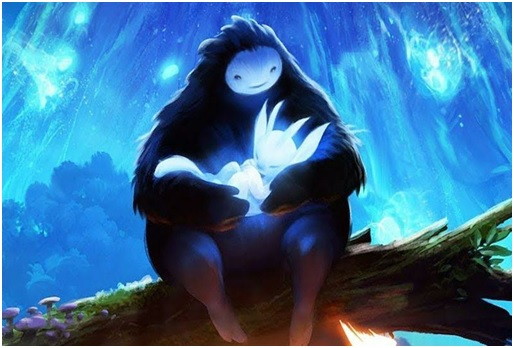 The environment of the forest adds a cherry on the cake as it gives you the terrifying experience of walking through it.

It’s a golden rule that if you are a video game lover, then you need to master those football skills to challenge your friends for the match. FIFA 19 gives you the opportunity as well as it’s interactive graphics interface keeps you intact throughout the entire game.

Furthermore, you have UEFA Champions League, UEFA Super Cup, UEFA Europa League and much more added to the new version of a football game. The old commentators are back with a new one. This game helps you to build team spirit, and of course, you get to play as your favorite footballer too.

It’s always worth fighting for your family, and this game will truly make you feel that experience. It is an action role-playing game in which witcher is ready to fight all the obstacles to find her missing adopted daughter against all the odds.

In short, with weapons and magic, you can increase your strengths and defeat the Wild Hunt. Let the game discover your capability to hunt down the villain.

Metal Gear Solid V: The Phantom Pain is an action-adventure game with the characters depicted, creates the essence of real life. In this game, the players take the role of punished venom Snake from a third perspective person. It is the next part of the Ground Zeroes where the story was left unfinished. This game unravels your gaming tactics for instance how you can dodge the enemy and remain undetected. 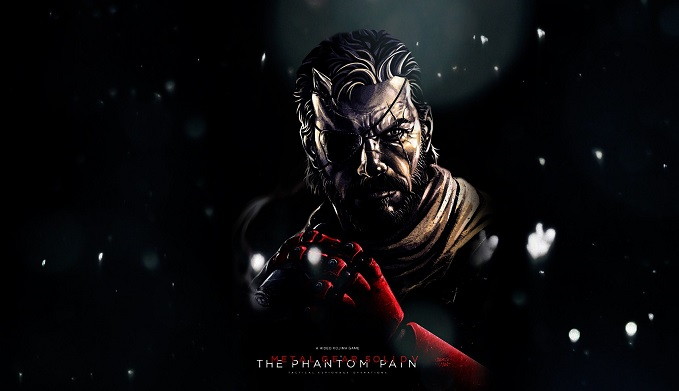 Additionally, there are jeeps and tanks for faster mobility. You can choose whatever suits you best. Be it rock climbing or helicopter ride to take your revenge.

Fallout 4 is the next in the series of Fallout with new features and an entirely new experience of the game. It is a post-apocalyptic action role-playing game that takes place in the environment of the region commonly known as The Commonwealth. The player takes control of the character of the sole survivor who ventures out in the Commonwealth in search of his missing child.

New features of the series contain the ability to develop and manage settlements and make weapons, drugs, explosives by scavenging the surrounding materials.

The set of GTA has been with every child since its inception of the action-adventure video game. The latest in the series is GTA 5 within the fictional state of San Andreas. The player controls the three criminals one by one in the upcoming levels in their attempt to commit heists while cops are chasing down them. 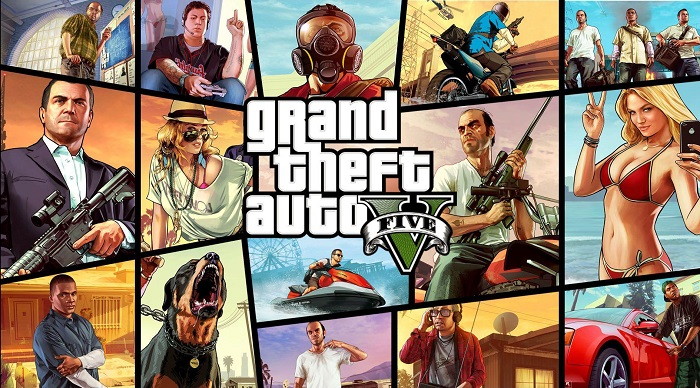 The character moves by foot or snatches vehicle and even threatens the civilians in order to reach it’s a destination. Therefore this classic game exhibits your strategic mindset to achieve your finish line without being busted.

When you think of any best Xbox One games list, it will have a Minecraft on it. This classic game of Minecraft experiments with your crafting and creative skills to build an empire of yourself by using the ample resources available to you at your disposal. 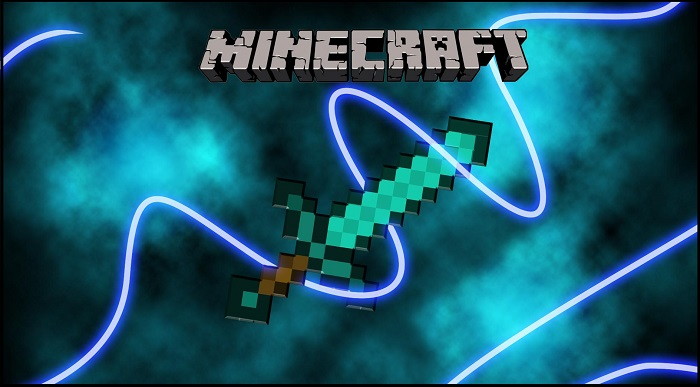 This three-dimensional sandbox video game involves placing blocks and items to make an empire and earn points for every achievement you make. Moreover, you have higher levels setting the bar higher than the previous one where you get new abilities like flying and custom maps for your resource collection.

Far Cry 5 is one of the unique Xbox One Games; Far Cry 5 is a successor of the Far Cry series. It is an action-adventure shooter video game that was inspired by the socio-political events happening in modern history. Therefore the environment is depicted as war-torn in Hope Country in the US. 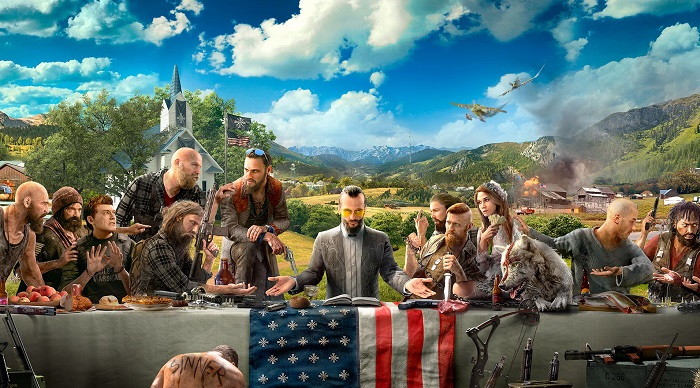 The players come across a unique combat style as being a sheriff and fight against enemies and dangerous wildlife to liberate the country. The game has excellent visuals and soundtrack to enhance the experience of gaming. It also offers a variety of upgraded weapons and explosives. Besides you can customize your character’s appearance too.

Your Xbox One Games list would not be complete without a car racing game. Forza Motorsport 7 is one of the best you can have. It is a racing video game that gives you the experience of car racing on tracks that too with significant sound effects.

This game has 200 different configurations to race across 32 locations with dynamic weather conditions. There are multiple customizable drivers to choose from. So tighten your seat-belt and get set go!

Stardew Valley is a farming video game where you discover your love for farming and sharpen your skills to plant, sow and harvest crops. The player prepares the field, sow seeds, raises livestock, mines ore and engages in social gatherings in the town. This game demands to multitask and engaging in social activities in order to increase the lands under farming.

As a result, you need to foster community relations side by side to gather large tracts of farming to move to higher levels and earn coins.

Sunset Overdrive is an action-adventure shooter game based in a fictional metropolis city named Sunset City. The player is on a mission to clean up the mess spilled by an energy drink because of which people have turned into mutants due to the drinking of it. The player needs to fight against the robots, bosses and gang members too in order to resolve the mayhem that has been created. The game features a variety of high tech weapons, and they can be modified accordingly.

Additionally, the players can customize the character’s gender, hairstyle, body type and outfit according to their wish.

Last but not the least in the list of Best Xbox One Games in Red Dead Redemption. As the name itself suggests of some dark angel in the action-adventure game. This game is a good value system game where you earn both positive and negative honor while doing a specific task such as when you save someone or kill someone without reason. You are awarded accordingly for your deeds. 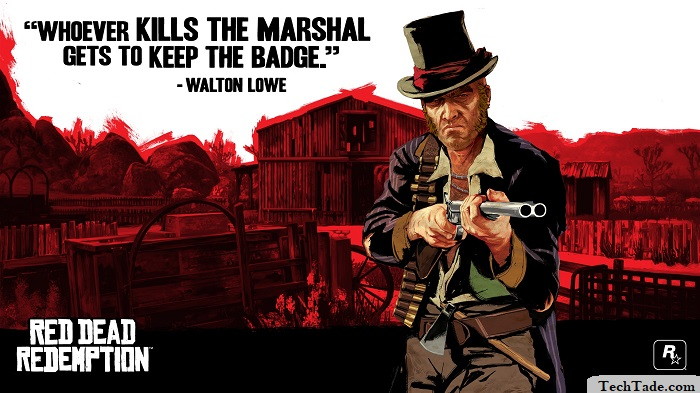 The player controls John Marston to complete the given missions along with subsidiary random events. The unique feature of training horses for use is one of the engaging elements of the video game. There are numerous weapons and combating techniques offered to get you hooked.

The above listed best Xbox One games are of varied genres so that one enjoys everything be it action, craft, heists or adventure video games at Xbox One.