When will Young Royals Season 2 be available to watch online? When it premiered on Netflix in the United States on July 1, 2021, the Swedish series quickly became a smashing success.

Statistics from Netflix show that after only ten days, the drama series has piled up over nine million viewing hours and spent a week on the Top 10 list. 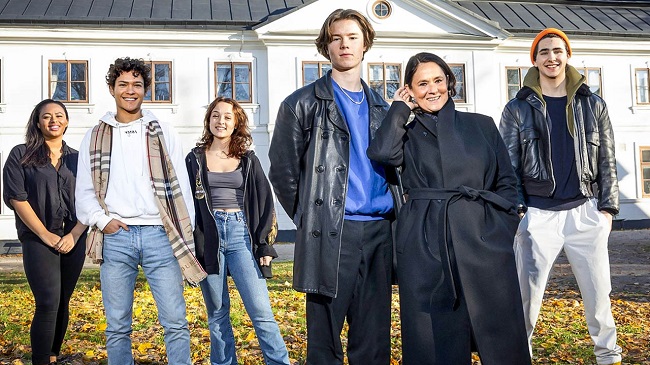 It has a 99% audience score on Rotten Tomatoes and was just nominated for a Ria Award, which is given annually to honour the best of Swedish television and was created by the Swedish Film & TV Producers’ Association.

After a club fight causes a highly Royal controversy, Prince Wilhelm of Sweden (Edvin Ryding) is sent to the made-up luxury boarding school Hillerska in this TV show.

As he settles into his new environment, he finds himself developing feelings for Simon Eriksson, a fellow student (Omar Rudberg). With the first season being such a smash hit, fans are understandably eager to learn when they can expect to see Young Royals in its second iteration on Netflix.

On November 1, 2022, the second season of Young Royals premiered. Yes, the series has returned, and you can start watching it right away.

Season 2 of Young Royals was confirmed in September 2021, but production didn’t begin until February 2022. In the meantime, Netflix released a teaser video in which Ryding and Rudberg were seen filming on the Hillerska set.

Unsurprisingly, everything gets going after August releases the sex tape of Simon and Wilhelm. Wilhelm is pressured to deny that it is him in the video since his family has asked him to keep the crown safe at all costs.

However, things go from bad to worse when Simon breaks up with Wilhelm when Wilhelm asks if they can continue seeing each other secretly and Simon says he won’t keep his relationship a secret.

Season 2 will presumably address the broader repercussions of the sex tape leak and how it has altered Simon and Wilhelm’s lives. We don’t think the breakup will last long because it’s obvious that they still care about each other.

A will-they-won’t-they scenario seems likely given the numerous outside factors working to keep them apart.

More drama between August and Simon’s family is on the horizon as well, with August starting an affair with Simon’s sister, Sara. We can imagine that neither Simon nor Felice will take well to Sarah’s new beau, given that he is the one responsible for leaking Simon’s sex tape.

Actor Omar Rudberg, who plays Simon, hinted to The ANTI Magazine that things will go “another level” more dramatic in the upcoming second season of Young Royals.

I truly hope there will be a second season because I believe it would be fantastic. The intensity of the drama is about to skyrocket.

The leaked sex tape has undoubtedly thrown a wrench into Wilhelm’s plans, but he has not been transferred to an unfamiliar boarding school (yet).

In other words, we can count on seeing a lot of familiar faces from the first season back for the second, including series regulars like Edvin Ryding (Wilhelm) and Omar Rudberg (Simon), as well as guest stars like Pernilla August (Queen Kristina of Sweden), Malte Grdinger (August), and Frida Argento (Sara).

Given that Prince Erik, Wilhelm’s brother, has passed away, it’s reasonable to say that Ivar Forsling will not be returning. Some new cast members may also show up to liven things up, though thus far, nothing has been confirmed.

My Question is, “Where can I Find Season 2 of Young Royals to Watch?”

When I say that Young Royals can only be found on Netflix, I mean that literally. This means that, just like with the first season, you can only watch Young Royals: Season 2 on Netflix.