YouTube is one of the widely used application for streaming videos and movies free of charges. It has over a million daily visitors and the number is still growing. The interface and navigation YouTube provide cannot be found in other such video streaming application. Its popularity is immense and it serves over a billion people worldwide. YouTube has always kept people entertained. As a result most of the people opens up their channel and upload their videos onto it.

Nowadays, a new feature called YouTube shorts is on trend worldwide. Most of the new YouTubers gain popularity by uploading short 30 seconds videos in it.This has supported them to make long length videos and upload them. People generally prefers short videos than longer ones. This is due to the fact that, these short videos provides more information in a short time as compared to longer videos.

YouTuber has nurtured some of the best actors and speakers around the world. It has made them popular and eventually they have now ended up getting roles in movies and web series. The power of YouTube can never be undervalued. It has bought a revolution in the world of entertainment. There are a majority of people whose life got changed due to YouTube. They have not just earned fame, but have also became an example and inspired millions of people out there.

No one can underestimate the supremacy of YouTube. But with great power comes bugger challenges and responsibility. Although today YouTube is serving a billion people around the globe, it may encounter glitches and bad network at times.

Majority of times Audio renderer error, please restart your computer glitch displays on the computer. This particular glitch is seen in most of the web browsers including Chrome, Opera, Edge etc. Most of the users report this issue. Sometimes this error also comes up when you’re using the iTunes or any built in music player.

Some of the possible causes of this error is listed below:-

Audio Driver glitch:- this glitch is actually a reoccurring bug having some motherboard model. People who have encountered the error have found various ways to redeem the page temporarily by plugging unplugging the headphones, restarting the computer or temporarily disabling the audio driver.

Bugged BIOS version:- this issue is most likely to happen on a dell computer with a flawed software update. Although dell company has now resolved the error, hence updating the BIOS version to the latest version will not cause any glitch or issue. It is entirely solved.

Now that we have discussed the causes and issue that causes audio related issue, we will now focus on some of the popular ways and solving practices that us applied by most of the people.

This method is very basic and the most easiest ways to get your issue fixed without having to put much efforts. A majority number of users who have reported this error found that this error was resolved when they tried plugging and unplugging their headphones every time the error came up.

It was also found that the error was resolved for both jack headphones and USB headphones. So if you’re encountering this error your first approach towards resolving it would be to plug and unplug the headphones from your device.

It is important to note that this solution for solving the Audio Renderer error is a temporary method. Unless you take other major actions regarding the error, the error will frequently come. But if this method does not solve your issue for Audio Renderer Error ‘Please Restart Your Computer’you must go for other approaches listed below.

As suggested earlier, the issue of Audio Renderer Error ‘Please Restart Your Computer’ can be also resolved by restarting your computer. However, most of the people who have encountered this error found that like method 1,this method is also temporary and later on it will again pop up onto your screen. Users also said that after restarting also they could only redeem 40-50s of audio playback and after that the error again popped up.

If you are encountering the error and method 1 does not seems to help you much you should try restarting your computer. This could temporary fix your glitches. However, if you want to end this issue permanently, follow the methods provided below.

Another way of fixing this error that could help users to permanently end this error is by running the built in audio trouble shooter. This built in feature contains a collection of repairing strategies and information that is very helpful in treating a lot of audio related problems and issues arising on your computer.

If it is a common issue which is known by the Microsoft, by running the audio trouble-shooter can solve the issue entirely. In order to use the trouble-shooter feature, you need to follow certain steps listed below:-

Step 1: Press Windows key + Rwhich will open a Run Dialog box onto your screen. Once it gets open type“ms-settings:troubleshoot” and click enter. This will open the trouble shooting tab of the Settings.

Step 2: Inside the troubleshooting Tab, scroll down to Get up and running and click on playing audio. After that pressRun the trouble shooterto open the utility.

Step 3: Wait for sometimes unless the investigation process is complete. After that select the device which is showing this error and click on Next. The utility will analyse your device for audio related troubles and issues. Once this is done it will provide repairing strategies. You’re required to follow the on screen prompts and repair your audio device.

Once it is done try restarting your computer to see if this error is resolved or not.In case you’re still facing the error, try other approaches listed below.

Some users made it clear that they were able to resolve the issue without even restarting their system. They tried disabling their audio devices and later enabled it.

In order to get your audio driver disabled, you need to type “devmgmt.msc” in the Run and open the device manager. Inside the device manager, expand the sound, video and game controller menu. Then by right clicks disable each one of them. Once it is done, wait for some seconds and then re enable them by clicking on Enable device. Check the system if the issue has been resolved or not.

Another possible way for fixing the error is by rolling back to previous audio versionversion Or by complete uninstalling the audio drive. This will eliminate the issue which may be caused by corrupted files. In order to execute this method go to the device manager and click on roll back driver. If the action is not available then click uninstall audio drive. After that restart your computer and see if the error is showing up or not.In majority of the cases the error is solved.

These were the possible methods and ways to resolve the glitch. But in case it doesn’t gets resolved you have to take it to an expert. 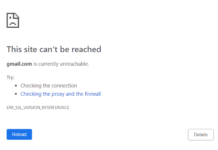 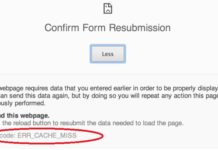 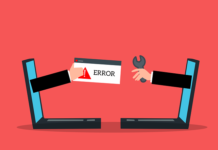