In November, actor John Hodgman appeared against a white backdrop in a virtual product introduction for Apple’s Mac relaunch, wearing a geeky, ill-fitting suit. Recalling the popular Mac vs. PC television commercials from a decade ago, which didn’t hide the fact that Apple was cool and Microsoft wasn’t, he remarked, “Stop, hang on, wait, one more thing, hi, I’m a PC.”

The event was designed to inform Mac faithful that the latest devices would include a more powerful processor. There was no mistaking the underlying message: Apple and Microsoft were once again bitter rivals. 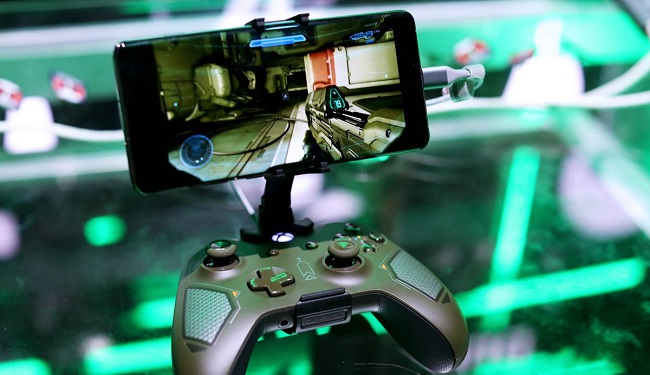 The two businesses had discovered common ground and worked together for a while. Apple invited Microsoft to attend an iPad and iPhone debut, and Microsoft’s Office and other apps soon followed.

Microsoft made its products compatible with the Apple Pencil and the Magic Keyboard, and Apple just made it easier to utilise Xbox game controllers on Apple devices. Apple even made its TV app available for Xbox last October.

On the other hand, Microsoft started badmouthing Apple to regulators about the time the PC character returned, claiming that Apple’s App Store was anti-competitive. The Redmond, Washington software titan had sided with Epic Games in its lawsuit against Apple, which accused the iPhone maker of monopolistic behaviour for removing the Fornite game from the App Store.

The trial, now in its second week, has seen testimony from a Microsoft executive who testified against Apple, claiming that the latter’s strict regulation of the App Store had negatively affected Microsoft’s own gaming operations.

Since both Apple and Microsoft want to be at the forefront of the next big technological trends, including AI and cloud computing, gaming, tablets, bespoke CPUs, and mixed-reality headsets, the rivalry is unlikely to cool down even after a verdict is handed down.

About a Year Ago, Tensions Between Apple and Microsoft Began to Rise Again.

xCloud was Microsoft’s cloud-based gaming service designed for use with iOS gadgets like the iPhone and iPad.

For a monthly charge, Microsoft would host dozens of games in the cloud, accessible via a single app. The idea behind the service was to make Apple devices a more formidable gaming platform supported by Xbox, one of the most well-known names in the business, similar to what Netflix did for television.

Microsoft was Unable to Convince Apple

Microsoft was unable to convince Apple to change its policy prohibiting unified gaming services from being sold through the App Store, hence the service was never released in its original form. At first, Microsoft was not allowed to release any cloud-based games at all. However, Apple changed the rules amid public outcry over the ban on streaming apps.

Even if Microsoft can now introduce a cloud gaming service, users will have to download individual games, negating the benefits of a unified offering. Microsoft is now making the service available on Apple devices through the Web, which is not nearly as convenient as downloading an actual app.

According to Smith’s comments to a reporter from Politico, “they impose constraints that progressively imply there is only one way to come on to our platform and that is to go through the gate that we ourselves have constructed.” He continued by saying that Apple’s practises were worse than the ones that got his company into trouble with antitrust regulators over 20 years ago.

Once the Epic trial began, what should have stayed a manageable dustup quickly exploded. Microsoft’s vice president of business development for Xbox, Lori Wright, testified in support of Epic’s assertions that Apple is an antitrust offender because of its restrictions regarding gaming.

Apple shot back, saying Microsoft makes between $600 million and $700 million (approximately Rs.4,400 crores and Rs.5,130 crores) a year from its connection with Epic and is only protecting the game creator because it is good for business.

Apple said that Microsoft’s Xbox download store followed the same policies as their own, including collecting a 30 percent share, demanding their own payment mechanism, and prohibiting competition from other digital marketplaces. Apple further argued that Microsoft would profit from a compulsory App Store update because it is an iOS developer.

Microsoft spokesperson Frank X. Shaw said in an email, “We plainly disagreed with Apple’s refusal to allow game streaming via the App Store.” However, we will continue to work with Apple on other projects, such as Microsoft 365 for iOS and Mac.

It’s possible, but there could be tensions about something else. According to International Data Corporation, Mac sales increased in the first quarter, more than twice as quickly as sales of PCs, which mostly run on Microsoft’s Windows operating system, in the burgeoning personal computer sector, where the companies battle head to head.

Although Apple only accounts for 8% of the computer market, its updates are widely adopted by the millions of Americans who are likely to keep working from home once the pandemic passes.

How Much Hostility is Possible?

If history is any indication, it’s been somewhat contentious. Steve Jobs, co-founder of Apple, famously compared the release of iTunes on Windows to offering someone in hell a glass of cool water, and Apple has frequently made fun of Microsoft software and accused the firm of duplicating Apple’s concepts.