Home Windows What is TAP Windows Adapter V9, Should It Be Removed

TAP-Windows Adapter V9 is a type of virtual network kernel interface that provides the functionality needed by many VPN clients to have a VPN connection. Tap drivers are used for tap devices to work and they are also designed with low-level kernel support for the Ethernet tunneling.

The Tap Windows Adapter V9 driver is mostly installed in C:/Program Files/Tap-Windows. It is not backed up by the hardware network adapters. Many of the users have been reporting that their internet connection is not working while Tap Windows Adapter V9 is enabled. It can also be done if the adapter enables itself automatically at the next boot after disabling from Device Manager.

What is a Tap Windows adapter?

Tap-Windows provides the virtual Tap device functionality on the windows operating system. There is no need for you to install TAP-Windows Adapter V9 driver as your VPN installers include it and they install it automatically with the VPN software.

So it is installed by many of the VPN programs. It is a special network driver. It is going to appear in your device manager after the installation of the VPN client like Tunngle, SoftEther, Cyberghost, NeoRouter, Wippien, Hamachi, etc. If not all most of the VPN suites use this adapter to connect to the internet privately.

So there are two types of Windows Tap drivers and they are mentioned below:

Some of the times these drivers can cause issues. Later we are going to take a look at them.

If you had previously used a VPN connection but have stopped using it currently then it is possible that the leftover Tap Windows Adapter is causing all the problems with your internet connection. Most likely removing the adapter is going to fix this issue. It is possible that you may find an adapter get reinstalled if you have decided to keep the VPN software installed in the system.

How to do Reinstalling of the Tap Windows Adapter V9

If you are not able to connect to the VPN network then start your troubleshooting by checking that if the Tap adapter installed correctly and reinstall it if you find any signs of corruption. So follow the steps mentioned below to reinstall it:

Step 3 – Write “devmgmt.msc” in the search box and then hit Enter. This will open the device manager.

Step 4 – Find network adapters in the device manager and then expand the drop-down menu.

Step 5 – Now locate TAP Windows Adapter V9 and look that is it has an exclamation mark in the icon. If you find it then re-installing the driver is going to fix this issue. Right-click on the driver and then tap on Uninstall device

Step 6 – After removing the Windows Tap Adapter from the device manager, open the VPN client again. It will either ask you to install the missing windows tap driver or it is going to automatically install it without asking.

Note: If your VPN software is simply showing a “missing driver error” after uninstalling windows tap driver from the device manager then install the VPN client again. The TAP Windows Adapter V9 is loaded with all VPN client’s installation kits.

Step 7 – Go back to the Device Manager and see that the yellow exclamation icon is removed or not. If it is not then asked for the support from your VPN or another option is to look for a different VPN provider.

How to Remove It?

You would think that the removal of the TAP-Windows Adapter V9 driver is as easy as uninstalling it from the device manager. Depending on the VPN software which you have installed on the system, you might find that the adapter will re-appear inside the device manager every time when your system boots up.

It happens because some of the VPN programs have a startup service that checks for the missing drivers and then it automatically installs any needed driver which is missing. I have already shared the steps to uninstall the Windows Tap Adapter from your system. Kindly follow them for uninstalling it.

If you stop at this step, then the driver is going to return at the next startup or next time when you open the VPN software. To be sure that the driver will not automatically reinstall on your system, you need to stop the software which needs it. Follow the steps mentioned below to do this.

Step 2 – Write “appwiz.cpl” in the dialogue box and hit the enter button. It is going to open the “Programs and Features” window.

Step 3 – Navigate to the VPN client. Right-click on the VPN client and click on uninstall. If you have tried multiple solutions before then make sure that you remove every client until there is no software that is going to reinstall Tap Windows Adapter V9. 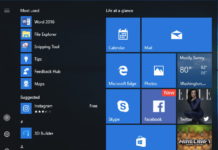 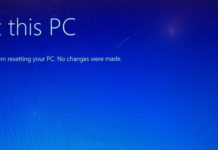 There Was A Problem Resetting your PC in Windows 10 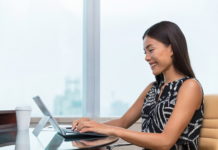 7 Best eBook Apps to Grab Millions of Digital Books for...

There Was A Problem Resetting your PC in Windows 10