This file is also found running in the task manager as well. Whether this file causes any harm to the device or not, still a lot of users are worried about SppExtComObjPatcher.exe error file.

Although this executable file is a part of operating system, it is neither an essential nor an official file. It is generally used to operate Windows and Microsoft Products illegally. This file causes relatively few problems. So, if you find this file or service working on your system then you should know that your Window is pirated.

As it is familiar to everyone that Microsoft does not entertain any pirated copies of Windows or any other products on its system, that is the main reason why this sppextcomobjpatcher.exe file is usually pointed out by your antivirus.

As it is mentioned earlier that sppextcomobjpatcher.exe or (AutoKMS) is an illegal software, it mainly depends upon the destination of the file, where you got it from, that it might or might not be safe.

SppExtComObjPatcher.exe file has no information about its developer so it can happen that anyone can make a file similar to this, includes a virus, and then give it for free as a pirated Windows version. As such we do not have any check on this file, we cannot be sure whether this executable file is safe or not. While this file is active in your computer system it is not safe and you might suffer from numerous important system downturn issues.

Here we need you to advise that make sure not to use pirated operating systems. And it may be possible that the new windows you purchased from a store also have this file then we recommend you to return it to the shop because the copy of the Windows is pirated. And if you started seeing this threat on your device and you have an authentic Windows then one thing you can do is to scan your system with a good antivirus scanner (we will recommend MalwareBytes or Security Task Manager).

At last, everything depends on you and your choice. This file will surely be noticed by many of the antivirus applications whether it contains viruses or not, only because it is not a legal software. If you don’t find any harm or suspicious activity on your device you may or may not use this file.

DX11 Feature Level 10.0 is Required to Run the Engine {Fixed} 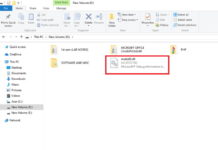 What is msdia80.dll and Do You Have to Delete It 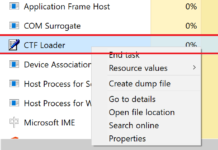 What is CTF Loader (ctfmon.exe), is it Harmful?