Discord is a Voice Over IP applications, used by the Gamers. Basically this app is used for communication purpose. Other than chatting, voice chat and other stuffs are also available in Discord. But it might happens that the users face a Discord Update Failed issue while opening the Discord app. It is normal to encounter the Downloading Update screen when you open the app. But in this case, the Download Update Screen won’t disappear.

The screen will remains the same even if you leave this app open for several hours. Closing the app and restarting it will also not fix the Discord update failed issue. We have tried to fix it by rebooting the whole system but this did not resolved the issue as well. Discord not updating issue won’t have any effect on the web version though. Almost all the users facing this issue were able to use the web version without any problem. 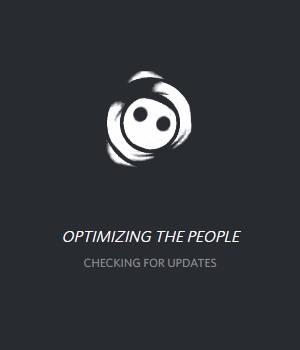 This downloading and running the installer will simply work, you don’t need to uninstall the previous version. This should fix the issue, if not, proceed further.

Running this app as administrator privileges will allow the update to install properly. This method has used as well as worked for many users. Here are the steps ;

Step 1 : Close the Discord app and then reboot your system.

Step 2 : If the Discord app start automatically the close it. Check whether the Discord is not in the System tray. If it is, If it’s there, then right -click the Discord icon and select Quit Discord. For assurance, hold CTRL, SHIFT and Esc key simultaneously (CTRL+SHIFT+Esc) to open the Task Manager. Now confirm that the Discord Process is not in the process list.  If it is present there select the Discord and then press on End Task.

Step 3 : Now, on the Desktop find Discord. Select Run as Administrator by right- clicking on the icon. If you don’t have one on Desktop then press the Windows Key. You will find a Discord entry there. Right click on it and then select More. And then chose the Run as Administrator option.

Once you are done, check the app is starting then the update will install without any issues.

Reinstalling Discord will fix the Discord update failed error for you if the first method fails to do so. In this method you have to delete some of the Discord files manually. Below are the steps for cleaning Reinstall Discord:

Step 1: First of all, make sure that the Discord is not in the System tray. If it’s there, then right -click the Discord icon and select Quit Discord. For checking whether it’s done correctly press CTRL+SHIFT+ESC key, it will open the Task Manager. Go to the process list and check if the Discord Process is not present there . If you find it there, select Discord and then click on End Task.

Step 4: After that, open the list of installed applications. Find and select Discord.

Step 7: Locate and right click on the Discord folder. Now select any of the additional prompts and select Delete.

Step 8: After this, press Backspace once. And then locate and double click on local folder.

Step 10: Once you are done, and download the Discord installer. Official link is already given in the first Solution.

The above mentioned methods will definitely help you to fix Discord Update Failed error. Just restart your computer after you are done with all the above methods. You will definitely get rid of it and will not encounter this issue again. 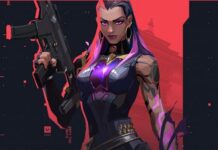