Windows 10 frequently comes with updates that enhance and improves its quality, which helps the users. But Windows 10 is known for causing lots of update errors to the users. One of its problems is error code 0xc1900107. This problem mostly occurs when you are trying to update your version of Windows 10. So in this article, we will tell you the process of getting rid of Upgrade Error 0xc1900107.

The error 0xc1900107 may prevent you from installing certain updates. Due to this, your system security may get affected. Here are some similar issues that users report:

Windows 10 updates fail to install – The reason for this problem may be third – party applications on the PC. If you are facing the same problem, then you can try updating the drivers of your PC and also disabling the antivirus.

Error 0xc1900107 creators update – This issue can occur while installing Creators update, but it can appear with almost any update. If you are facing the same problem, then you can try disconnecting USB devices and see if this solves the problem.

Windows 10 update failed loop – You may get stuck in a loop sometimes when trying to install the Windows update. If this happens with you, then restart Windows update components, or you can try downloading and installing the update manually.

Your antivirus can be a reason for the error 0xc1900107 while upgrading your PC. Although antivirus is known for protecting the PC from online threats, you should know that it can interfere with the system and cause this error and many errors to occur.

Sometimes error code 0xc1900107 may appear if the drivers are out of date. Your drivers are very important as they allow the PC to communicate with the hardware properly. So if your driver is out of date, then you may experience some issues.

To fix Upgrade Error 0xc1900107, it is advised to you to update drivers in all major components like the graphic card, sound card, chipset, network adapter, etc. It can be done manually by downloading the latest drivers from your manufacturer’s site. But if you want to upgrade all the drivers automatically with just two clicks, there is an automated solution available that will download and install the necessary drivers.

Troubleshooter is used to removing the issues from the PC. It is Microsoft’s own tool, which is specially designed for resolving all the issues related to update in Windows. To run the troubleshooter, follow the instructions mentioned below:

Step 2: Launch the tool after following the on-screen instructions.

If none of the solutions have worked for you, then you can try running the SFC scan. It is a built-in tool of Windows, which is having a purpose of fixing the various system issues, which includes the update errors. Follow the below-mentioned procedure for running the SFC scan:

Step 1: Apply the shortcut “Windows + X” and choose Command prompt (Admin). If the command prompt is not available, then you can open Windows Powershell (Admin).

Step 3: It may take some time for the process to execute.

Step 4: After it is completed, then close the Command Prompt

If the SFC scan is not able to fix the problem, then you can consider using DISM scan instead. For running the DISM scan, you just need to follow the below instructions:

Step 1: Apply the shortcut “Windows + S” and type command prompt in the search bar. Tap on the topmost result you see.

Step 2: Type DISM/Online/Cleanup-Image/Restore Health in the command prompt and tap on Enter button to continue.

Step 3: DISM scan is now going to start. The scan may take 20 minutes or more, so please wait for some time and don’t interrupt.

See that the problem is solved after the scanning is finished. If the issue is still persisting, or if you were not able to run the SFC scan before, ensure that you repeat it. After running both the scans, the issue will be resolved.

Many users who have gone through this problem have said that deleting the $Windows.- BT folder has solved their issue. If you are not familiar with the folder, then let me tell you that it stores some of your user data from the previous system version. In some cases it may trouble to upgrade so you can delete this folder by following these instructions:

Step 1: Open the File Explorer after that open Local Disk (C:) ( or whichever your system hard drive is there).

Step 2: Tap on view situated in the top left corner and tick the box which says Hidden items or files.

Step 3: Locate the folder having the name as $Windows. ~ BT.

Step 4: Delete it or rename it.

After you have executed the above process, then try upgrading the system once again. If the issue is not solved till now, then try another solution.

Sometimes the reason for the error 0xc1900107 can be some USB devices. Some of the users have reported that a USB wireless adapter causes this issue to appear. So, make sure you disconnect the adapted USB. Other USB devices can also cause this problem.

After you have disconnected all the unnecessary USB devices, try to upgrade the PC again.

According to the users, if you are getting the error 0xc1900107 during the upgrading process, the reason for the issue can be Windows Update components. You can fix this problem simply by resetting the required components.

This is relatively very simple, and for doing it, you need to write some commands from the command prompt and follow the below-mentioned steps:

Step 1: Apply the shortcut “Windows + S” and write the command prompt in the search box.

Step 2: Now run the below commands one after another.

After running all the commands, reboot the PC. Hopefully, you will not encounter the error again. If you are afraid of running these commands or want another option, then you can also create a script that will run the commands automatically.

If you are not able to install certain updates due to error 0xc1900107, then you can download the update from Microsoft’s Update Catalog. For doing this, you need to know the updated code number.

After knowing the update code, you need to follow the below steps:

Step 2: Enter the Update Code of the update in the search box.

Step 3: All the names of matching updates will appear. Find the update you want and tap on the download button to download it. Please note that there will be versions i.e., both 32-bit and 64-bit version of Windows, so choose the version which suits your system. 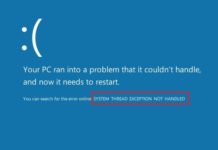 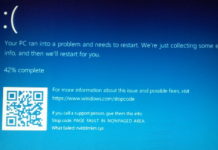 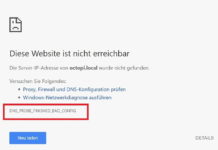